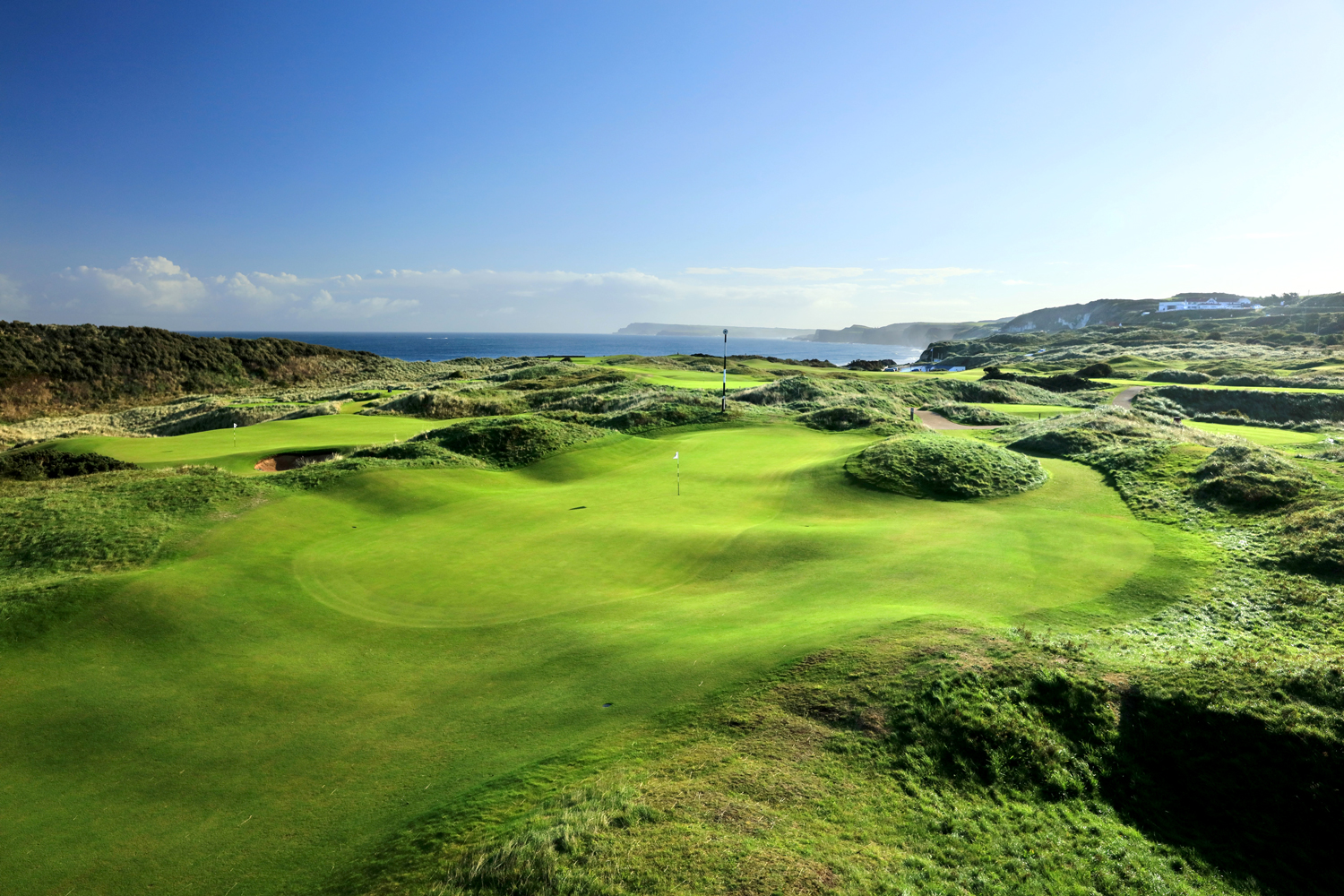 Northern Ireland – A land made for Golf

Too long in the tourism wilderness, Northern Ireland is at last being rediscovered and recognised as a wonderfully attractive destination, especially for golf. For so long a no-go area for visitors, it is discarding the battleground image and replacing it with something altogether more appealing.

Having three world-class major champions – Darren Clarke, Graeme McDowell and Rory McIlroy – has evidently raised Northern Ireland’s golf profile. As well as great golfers it can boast that among its 100 or so courses are some of the finest in the world. Since nowhere in the country is more than a couple of hours by car from Belfast, all are comfortably within striking distance.

Just south of the capital is the sleepy seaside town of Newcastle. Squeezed between the mighty Mourne Mountains and the Irish Sea, its popularity peaked in Victorian times when the railway brought holidaymakers escaping urban grime. The fabulous sandy beach that stretches for miles is its principal attraction behind which lies one of the top ten golf courses in the world, Royal County Down.

To many, the Championship course (there’s another called Annesley Links which is strictly for the faint-hearted) is simply one of the best courses on earth. Tom Watson said, “It is a tremendous test of golf and the outward half especially is as fine a nine holes as I have ever played.”

It’s quite simply spectacular. There are towering dunes, wonderfully elevated tees, a sprinkling of blind shots, true but terrifying greens, long par fours comfortably out of range for the average hacker and a massive amount of trouble including great clumps of heather, grisly gorse and penal rough. When you’re not searching for your ball, you can either look up to the magnificent Mountains of Mourne or out over the beautiful Dundrum Bay.

Royal County Down’s serious challenger for the title of Northern Ireland’s number one is another sensational links course, Royal Portrush. Right up on the northernmost tip of the country, Portrush is another quaint seaside town that grew up in Victorian times.

Like Royal County Down, Royal Portrush is blessed with two courses. The Valley course is set amongst the same dunes and has its loyal supporters but it’s the Dunluce course that sends golfers into uncontrollable shrieks of delight. It has many claims to fame, not least as the first (and last) course outside of Great Britain to host this year’s Open championship. The only other time was back in 1951.

Because the dunes are a bit further back and the terrain isn’t as intimidating as it is at Royal County Down, the Dunluce course appears to be a bit wider and more forgiving than it is in reality. Although it doesn’t look too tough, the rough is a great deal more punishing than it appears. And with the ball bouncing unpredictably off the humps and hollows, you’ll spend more time off the fairways than on.

A little further west along the northern Atlantic coast about five miles west of Coleraine on the banks of the River Bann is lovely Castlerock. Like so many of the great links courses, it even has a little railway running alongside.

Founded in April 1901, the original course comprised nine holes and was laid out on the western part of the present course.

A round at Castlerock will test every department of your game. The 200 yard par three signature 4th hole, called “Leg o’ Mutton”, requires a tee shot struck over a burn, with a railway track lurking to the right.

Great courses offer great closing holes and the short par four 18th at Castlerock is no different. Even with a good drive on this slight dogleg, due to the contours of the fairway, you are often left with a relatively blind approach to a tricky plateau green.

Graced with the natural beauty of its peaceful setting and the views that surround it is the Club’s underlying pursuit of excellence that keeps this place a sacred retreat for the truly ardent follower of golf.

WE BRING YOU OUR SELECTION OF THE BEST COURSES, INFORMATION AND VIDEO PROMOTIONS – CLICK HERE TO START VIEWING 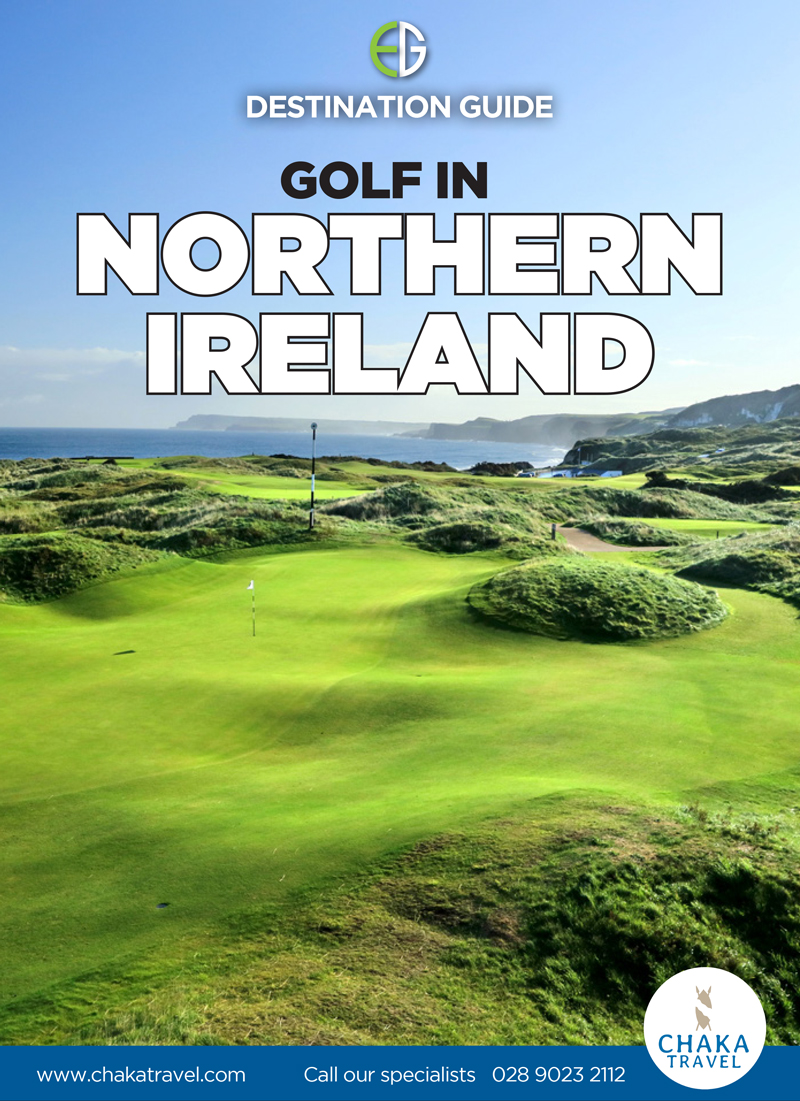 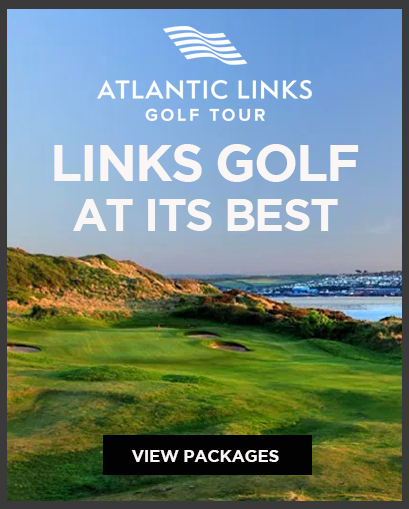