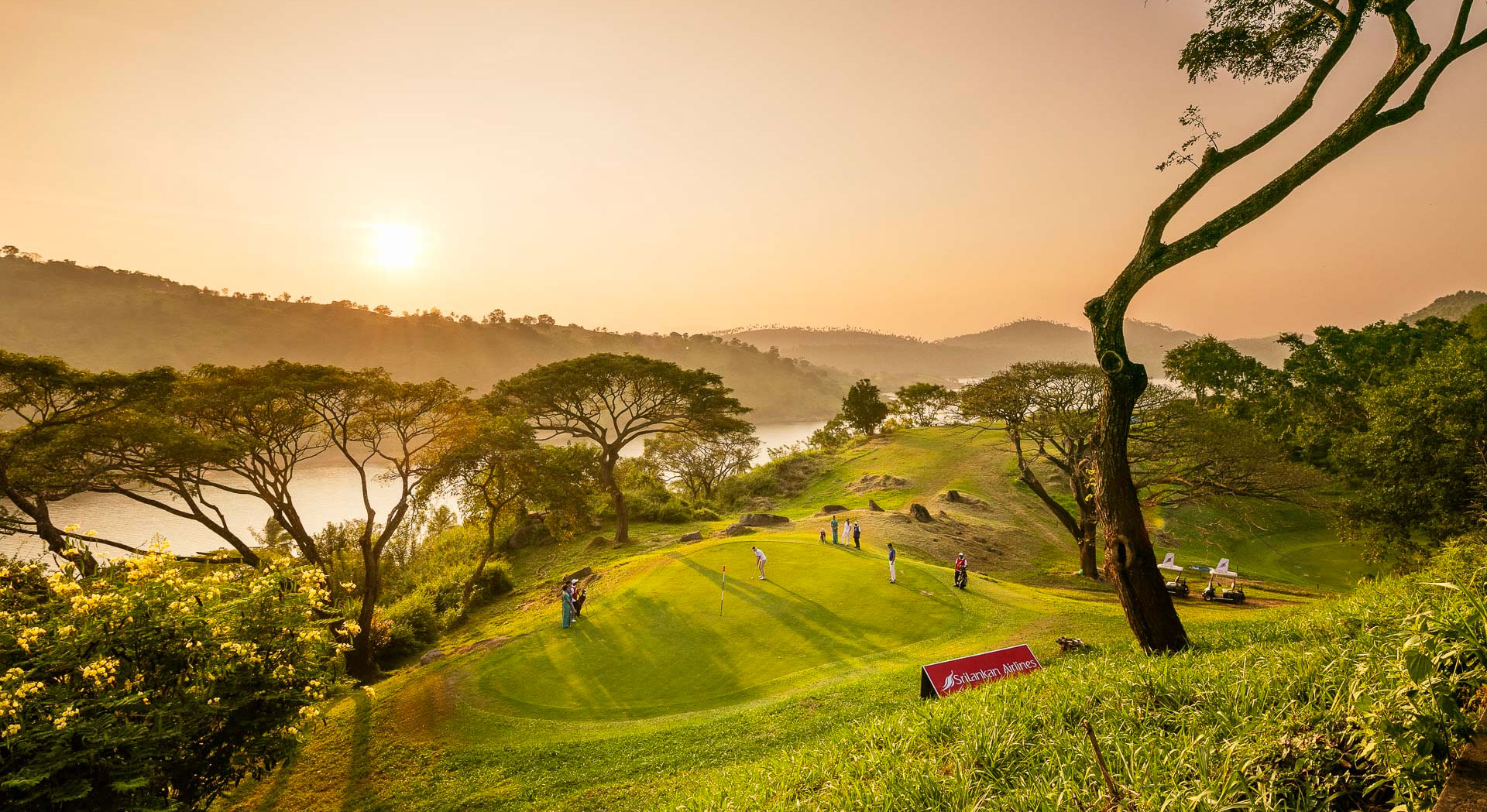 How many of you know that Sri Lanka has a long history in the sport of golf? First introduced at the Royal Colombo Golf Club, the island is home to 4 of the finest 18-hole golf courses, each of them located at different elevations against a backdrop of stunning landscapes.

Threading through the jungle and winding up the mountain, it’s as well that there is no shortage of caddies. The truly affluent willing to lash out another couple of dollars can engage the services of a spotter, who walks ahead and virtually guarantees that no ball will be lost during the course of a round.

The fact that no life was lost during my perilous four-hour car journey from Kandy to Nuwara Eliya was little short of miraculous.

Although almost certainly adequate in the first half of the last century, the roads are clearly not equipped to cope with modern traffic. 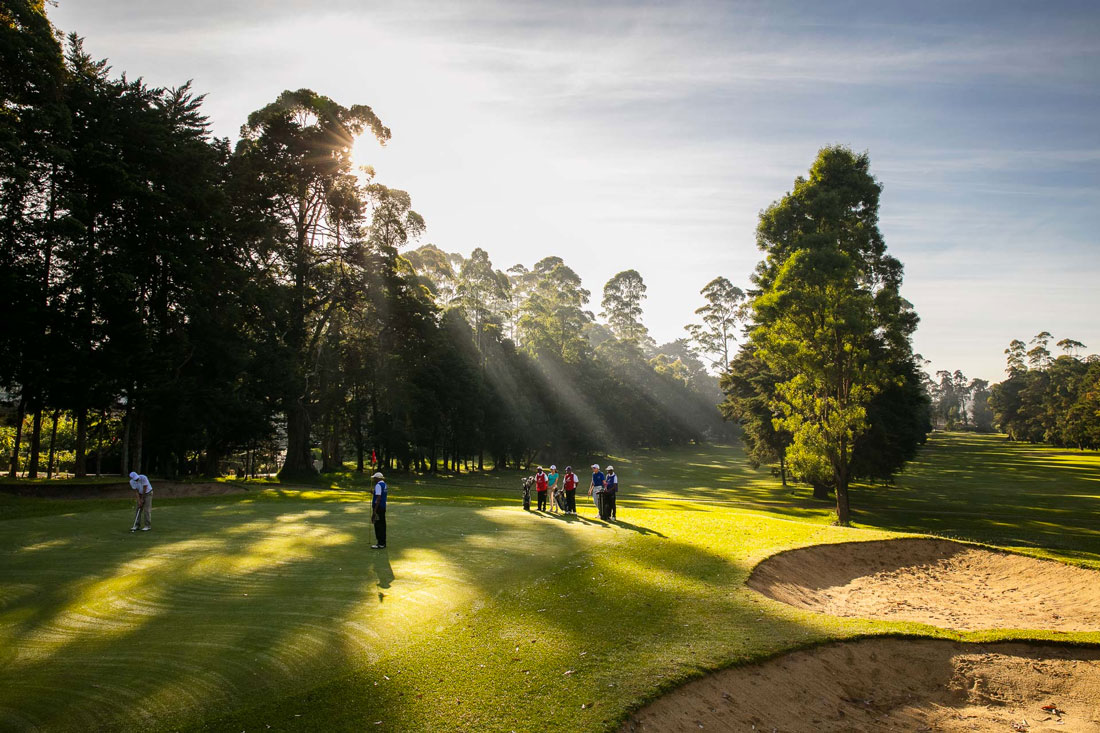 With a plethora of potholes that stand comparison with many of the more frightening bunkers on the Old Course at St Andrews and with driving practices completely alien to the naturally courteous, getting about in Sri Lanka is undoubtedly hazardous.

Overtaking on blind corners is as big a national sport as cricket and it must be a close call as to whether the suspension or the horn is the first to wear out on those vehicles that aren’t written off in head-on collisions.

The most popular vehicle is the “tuc-tuc”, a three-wheeled scooter that is a cross between a moped and a Reliant Robin with the driver up front holding the handlebars and between one and 25 passengers in the back holding their breath. They scuttle about like demented beetles and add considerably to the overwhelming sense of utter chaos. 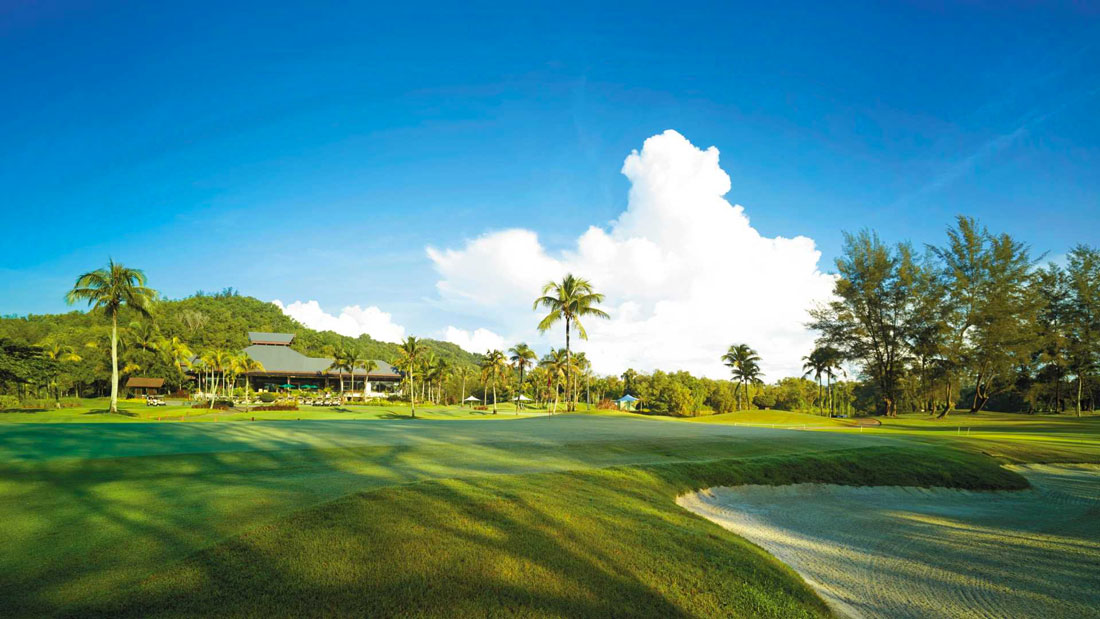 Both the air and the traffic thins as you climb. After countless harrowing hairpin bends and almost as many near misses, you eventually arrive over 5000 feet up among the tea plantations and the mist-shrouded mountain tops of Nuwara Eliya. At such altitude, the beauty is literally breathtaking, and few who have seen it will begrudge the effort required to get there. For one thing, it’s a lot cooler.

The clubhouse is classic colonial with acres of wood panelling, fading sepia prints and the smells and corridors familiar to those who have had the misfortune of attending an English boarding school. It comes complete with a library, snooker room and even a badminton hall. Like a family home that’s too large now that the children have left, it rattles and echoes a bit, although in an utterly charming sort of way. The period pro shop even stocks persimmon woods.

Although the clubhouse is a tough act to follow, the course is no anticlimax. Towering trees line the tight fairways of this majestic parkland challenge.  Elevated tees, fast-flowing streams and a network of irrigation ditches all add to the fun. Be sure to take a caddy. Sadly, only a few are left which is an indication of how much quieter the course is now that the Brits have packed their tea chests and gone.

After your round and before you leave, be sure to complete your colonial experience by taking tiffin on the verandah. It’s all part of a gloriously unique experience that is as far removed from the Costa del Sol as Twinnings is from Carlsberg Special Brew. Mind you, a couple of tins of the latter might help you relax before the frightening descent back to sea level.

Colombo is the commercial capital. (In case it ever crops up either in casual conversation or Trivial Pursuit, the administrative capital sounds like a Sri Lankan leg-spinner, Sri Jayawardenepura-Lotte. Now you know).

The Royal Colombo Golf Club recently celebrated its 125th anniversary and is rightly proud of the fact that there are only 16 older Royal clubs, just three of which are outside the British Isles. Both clubhouse and course have recently undergone extensive refurbishment.

Although essentially flat, the course is full of interest. The first is about as tough an opening hole as you will come across anywhere in the world and the lake guarding the green is a foretaste of what lies ahead. The bad news is that it’s possible to reach water with a weak or misdirected shot from almost anywhere on the course; the good news is that there are a number of “pond boys” standing by ready to plunge in and retrieve your ball for just a few cents. Strictly in the name of research, I tested the service and found it to be working well.

The Kelani Valley railway line slices through the course but the regulars are too intent on keeping their balls dry to be distracted by a trundling train. Although the track is generally out of bounds, a free drop from it is available when playing the 6th. Also welcome is the news that you can drop without penalty from ant hills and dung.

Shangri-La’s Golf & Country Club in Hambantota,was designed by Rodney Wright on a former sapphire mine, the course is the first of its kind in Sri Lanka, set within the hotel grounds of Shangri-La’s Hambantota Resort & Spa.

Spread across a vast coconut palm plantation, it offers spectacular views and distinctive challenges for both beginners and seasoned players.

The beautifully-landscaped course takes players on a memorable golfing journey through three zones, each with its own unique character; The Coconut Plantation offers lush fairways and challenging bunkers, The Dune Area, and The Sapphire Mine which showcases generous greens with an abundance of water features.

The new Bay clubhouse at Costa Navarino has views to thrill