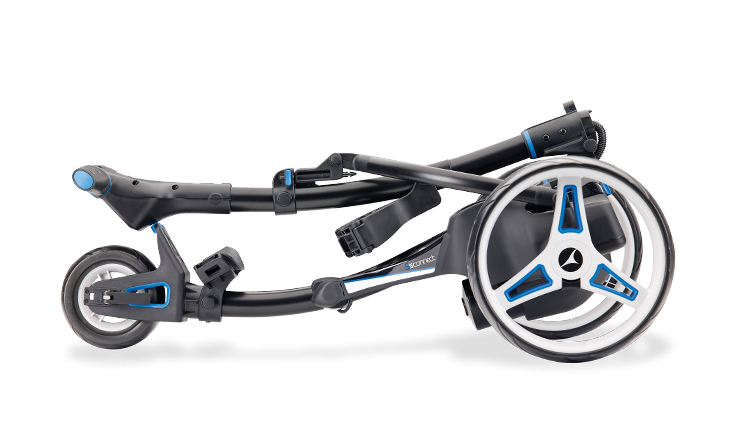 Despite rarely hitting the same club the same distance on any given day, I, like a lot of other incompetent golfers out there, still like to know my yardages. For reasons beyond logic, I’ve never truly trusted course markers or even carefully-mapped course planners, so the arrival of golf GPS units in all their various guises has been a godsend for an OCD golfer like me who needs to know the distance to every conceivable hazard, point of interest and, of course, the pin. 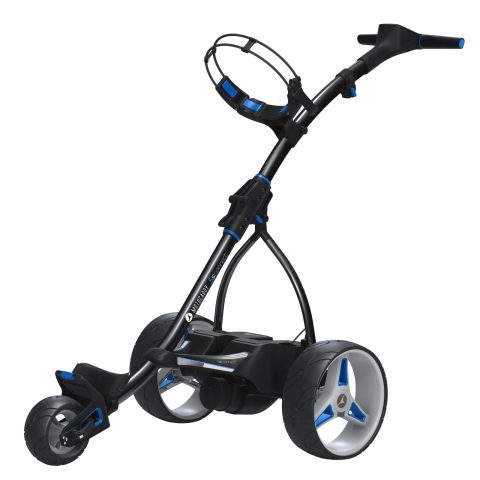 Another invention that has been key to my continued love affair with the game is the power trolley. Inherently lazy as I am, I’d happily play all my golf from the driver’s seat of a buggy if I could. Anyone for golf polo? Sadly, that’s not permissible under the rules, so I have to rely on other mechanical means to transport my clubs, if not actually play the shots. Which is why I’ve used a power trolley for as long as I’ve been able to ‘borrow’ one.

All this is a long-winded, but extremely essential explanation as to why the arrival of a power trolley with built-in GPS has, quite literally, my name on it. Well, not ‘quite literally’, otherwise it would be called the Motocaddy S5 Connect Nick Bayly, which, while fine with me, might cost the company a few sales. 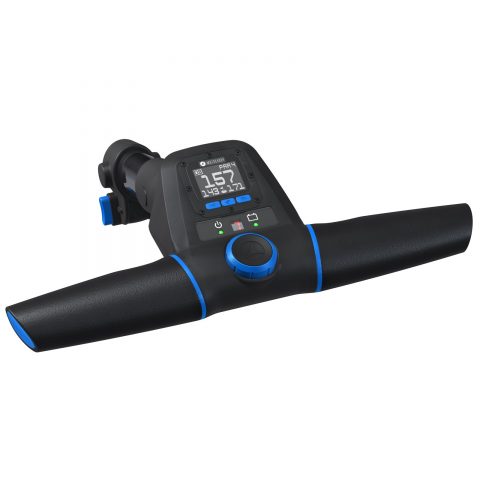 Based on the brand’s previous S3 Pro model, of which I have past and happy experience, the S5 Connect throws in a 3.3cm x 2.2cm LCD screen that not only tells you which hole number you’re on, and its par, but also offers yardages to the front, middle and back of greens. While this offers little more than that delivered by the most basic of entry-level GPS units, things get a little more interesting, and informative, when you pair up the trolley with a smartphone and download Motocaddy’s app. With the two models ‘talking’ via Bluetooth, a vast array of further information is made available, including colour maps of the course you’re playing. 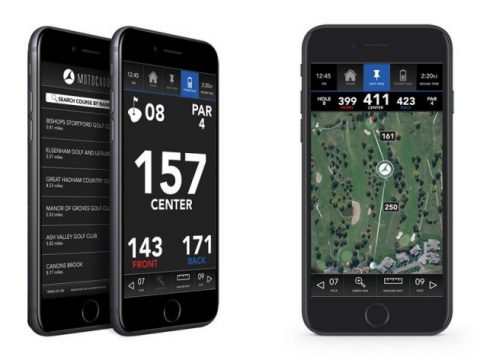 The Motocaddy App is available on iOS and Android phones, and turns into a standalone handheld GPS device by using the iGolf database to provide GPS distances for over 36,000 courses worldwide. Any course updates are handled through the app and you can make update requests through it too.

The app quickly locates the course you are on, and if you are on a course with a poor phone signal, or abroad without data roaming, then I would recommend doing this over Wi-Fi at home or in the clubhouse before you go out to play. Scrolling between the holes is easy, and you can pinch to zoom in and out on the images, and then slide the Motocaddy logo around to get distances to hazards and lay up positions.

Also mounted in the handle is a separate display for the power, a speed indicator (1-9), and a battery light, which turns from green to red when it’s about to die on you.

On the controls front, the speed dial works in the usual way and comes with adjustable distance control to send the trolley 15, 30 or 45 yards before stopping. It’s a feature I rarely use – I have trust issues with machinery – but it’s nice to know you can send it packing if you want to. The soft touch handle also houses a USB charging port – which is handy for keeping your smartphone in action, as using the app will draw down heavily on your battery. I’d also advise buying an accessory cradle, so that your phone is in eye view. 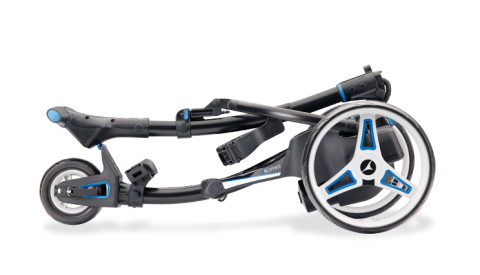 Elsewhere, the S5 Connect offers Motocaddy’s very nifty QuikFold system, which allows you to erect the trolley from folded by pushing a button on the frame and lifting it up until it clicks.

Most cart bags will fit easily onto the cradle, but if you have a Motocaddy bag then you can use the EasiLock system, which features two screw-in studs on the base of the bag, which clip into the footplate so you don’t have to bother with the lower strap. The top strap is very stretchy and clips on securely.

Slip in the standard lithium battery, which is light and can be left in place when the trolley is folded, and you have everything the S3 Pro offers, and the ease of use and performance is just as good.

The standard model is powered by a 200W motor, or there is a DHC Downhill Control version with a 230W motor to moderate the speed of the trolley down slopes for an extra £50, which, in this instance, could be a worthwhile upgrade.

All in all, the S5 Connect is ideal for golfers looking for the level of data offered by a mid-range handheld GPS device wrapped up in one of the best designed power trolleys on the market. It’s neat, folds down easily, and does what it says on the tin.