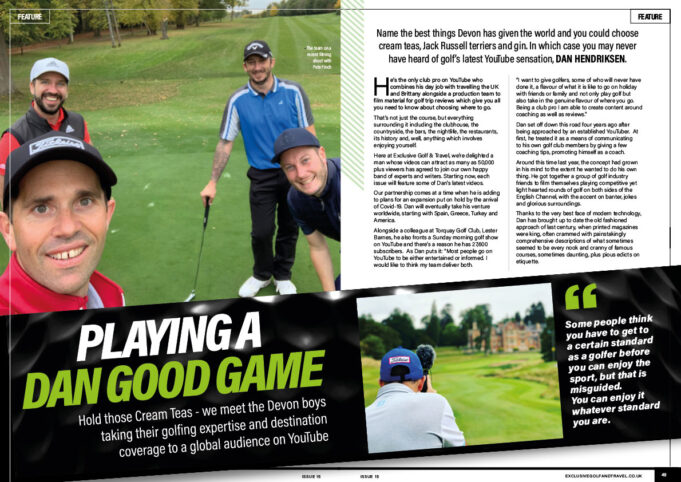 Hold those Cream Teas or tees! – We meet the Devon boys taking their golfing expertise and destination coverage to a global audience on YouTube. 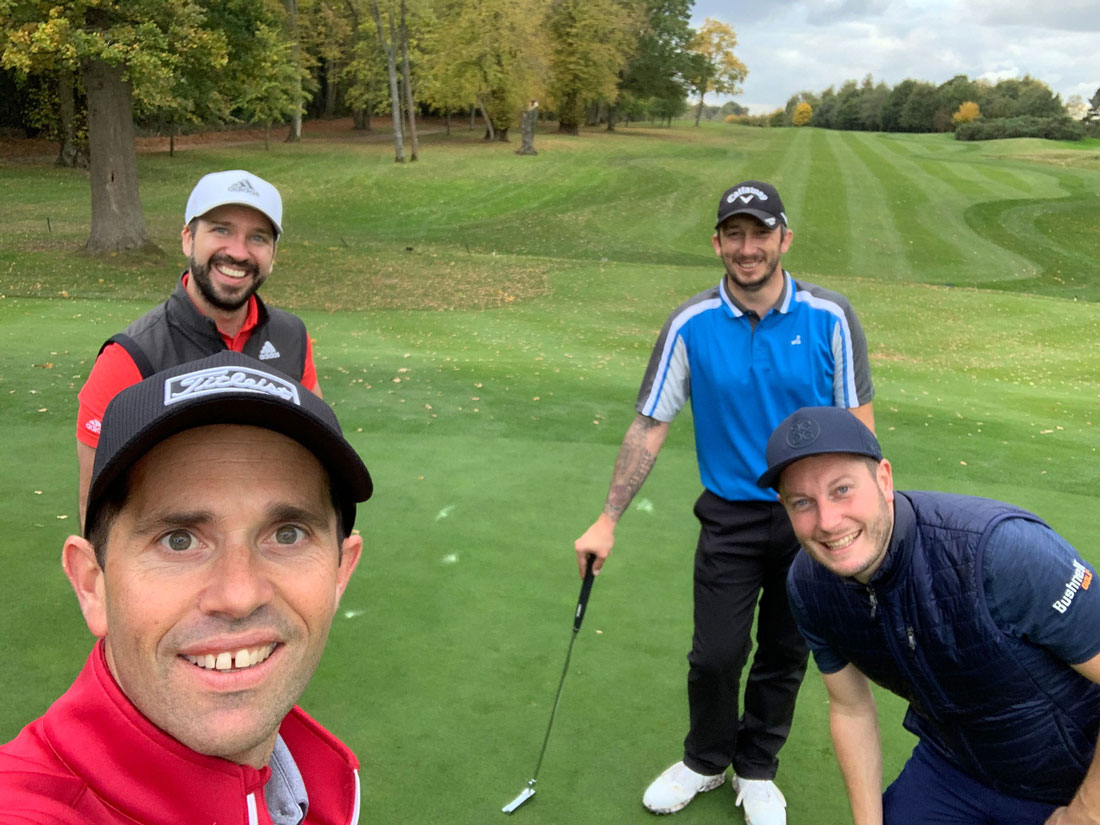 He’s the only club pro on YouTube who combines his day job with travelling the UK and Brittany alongside a production team to film material for golf trip reviews which give you all you need to know about choosing where to go.

That’s not just the course, but everything surrounding it including the clubhouse, the countryside, the bars, the nightlife, the restaurants, its history and, well, anything which involves enjoying yourself.

Here at Exclusive Golf & Travel, we’re delighted a man whose videos can attract as many as 50,000 plus viewers has agreed to join our own happy band of experts and writers. Starting now, each issue will feature some of Dan’s latest videos.

Some people think you have to get to a certain standard as a golfer before you can enjoy the sport, but that is misguided. You can enjoy it whatever standard you are.

Our partnership comes at a time when he is adding to plans for an expansion put on hold by the arrival of Covid-19. Dan will eventually take his venture worldwide, starting with Spain, Greece, Turkey and America.

Alongside a colleague at Torquay Golf Club, Lester Barnes, he also fronts a Sunday morning golf show on YouTube and there’s a reason he has 27,600 subscribers.  As Dan puts it: “Most people go on YouTube to be either entertained or informed. I would like to think my team deliver both. 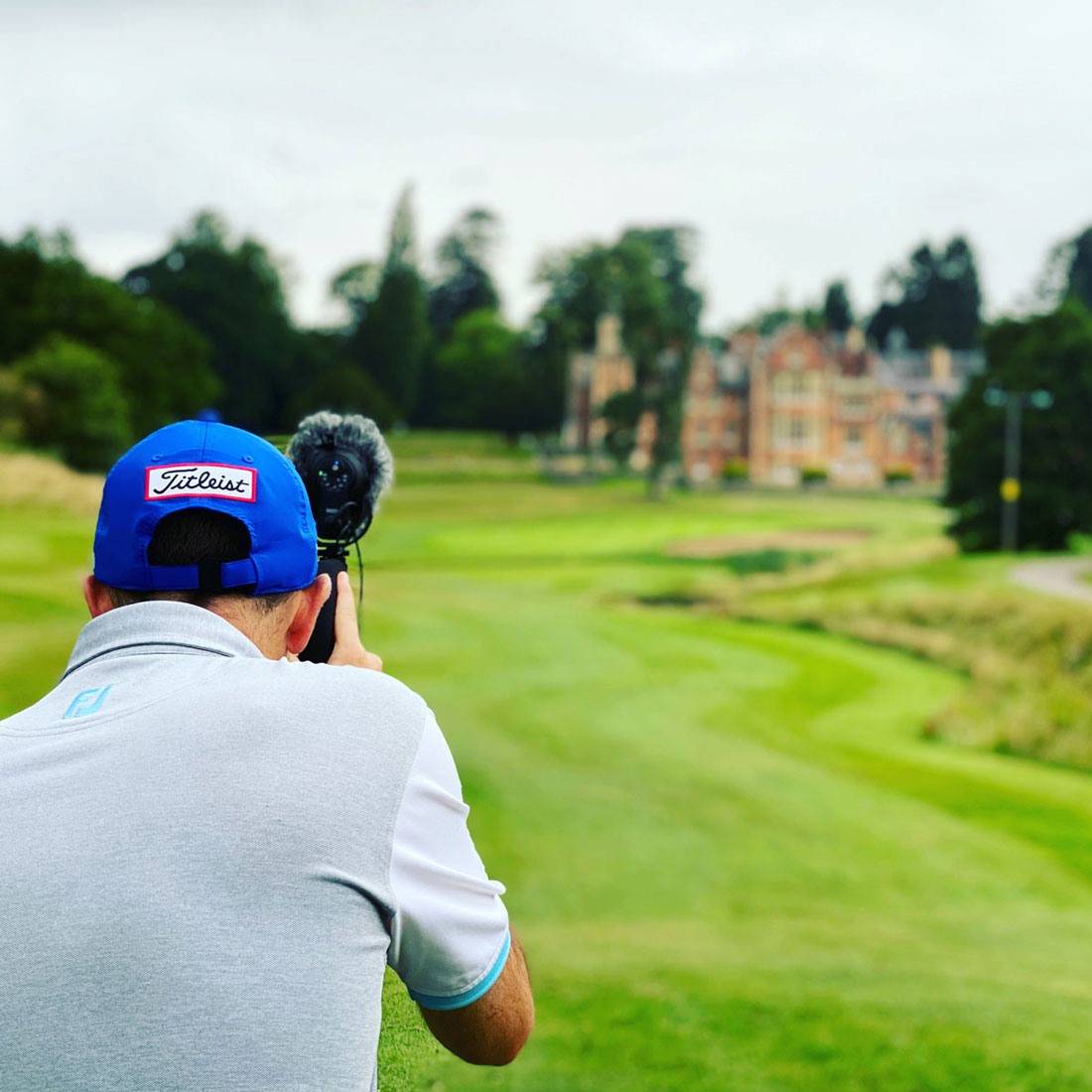 “I want to give golfers, some of who will never have done it, a flavour of what it is like to go on holiday with friends or family and not only play golf but also take in the genuine flavour of where you go. Being a club pro I am able to create content around coaching as well as reviews.”

Dan set off down this road four years ago after being approached by an established YouTuber.  At first, he treated it as a means of communicating to his own golf club members by giving a few coaching tips, promoting himself as a coach.

Around this time last year, the concept had grown in his mind to the extent he wanted to do his own thing. He got together a group of golf industry friends to film themselves playing competitive yet light-hearted rounds of golf on both sides of the English Channel, with the accent on banter, jokes and glorious surroundings.

Thanks to the very best face of modern technology, Dan has brought up to date the old fashioned approach of last century, when printed magazines were king, often crammed with painstakingly comprehensive descriptions of what sometimes seemed to be every nook and cranny of famous courses, sometimes daunting, plus pious edicts on etiquette.

“The quality of a course is important, as long as it is a pleasure to play,” said Dan. “Some people think you have to get to a certain standard as a golfer before you can enjoy the sport, but that is misguided. You can enjoy it whatever standard you are.

“Every golf trip is a wonderful adventure to those who are on it. On our YouTube channel, we offer descriptions of our own real life experiences in the knowledge it will help and inspire others. Thankfully, that has proved to be a winning formula.”

I want to give golfers, some of who will never have done it, a flavour of what it is like to go on holiday with friends or family and not only play golf but also take in the genuine flavour of where you go. Being a club pro I am able to create content around coaching as well as reviews.”

Dan is a former South West Boys champion who is the head professional at the Torquay club and has a business degree from his U.S. college golf days at Webber University in Central Florida.

Joining him on the three-man team are the club’s retail manager, Lester, and Lee Whittaker owner of Lee Whittaker Golf in Plymouth, a store offering a simulator and custom club fitting.

“Lee does the filming and editing and he’s our computer geek,” said Dan. “Every team needs one! Lester and myself do the Sunday morning video show on YouTube, from our studio at our golf club.

“We do 15 or 20 minutes where we talk about golf and our experiences that week and answer questions from the audience. Again it’s a simple formula. But again our viewers love it.”

Invariably Dan plays on the course reviews – with either Lester or Lee or both joining him – and there are frequent appearances from Dan’s brother Paul, a former winner of both the British and English PGA Club Pro championships.

A teaching professional at Plymouth Golf Centre, Paul was the star turn last year when Dan’s review of St Mellion in Cornwall attracted his most hits yet on YouTube, almost 54,000, as result of incorporating a report on Paul getting a start on the European Tour.

That review prompted a thank-you phone call from St Mellion’s director of golf, David Moon, who was new to YouTube and had not expected to be as impressed as he was at what was put out.

Dan’s favourite review so far was filmed in his home county at Thurlestone, near Kingsbridge, a course reminiscent of Pebble Beach in that the first 12 holes run spectacularly along a headland overlooking the sea.

“We were just so lucky, it was a glorious day and our match was decided by the last putt on the 18th”, said Dan. “The way we do these reviews is to create six videos each of three holes and finish off with what I call ‘the seventh video’.

“This is something any of the clubs we visit can use as a showcase. It provides a history of the course and the club and introduces the club manager, the pro, and perhaps some members. Anybody who visits a club we review has the opportunity to put a name to the faces.”

Dan has strong feelings about the way ahead for his sport, adding: “I love the best traditions and history of golf which are part of its charm. I grew up loving the game and still do but clubs can sometimes get far too serious.

“As a kid I always felt I was being told what I could not do rather than what I could do. To me that is not the future for golf. Golf has to be fun for kids and everybody else. If we want the sport to have a future, everybody has to realise It is nothing more than just a game. It’s leisure and you are not enjoying it, you should not be in it.

“That’s why we do things the way we do on YouTube. We’re just here to entertain people.”

Dan’s wife Laura, who also coaches at the Torquay club, is a former English Amateur champion, turned professional with a handicap of plus three and is a three-time winner of the Women’s PGA Order of Merit.

Even a YouTube star is not guaranteed to be the head of golf in his own home! 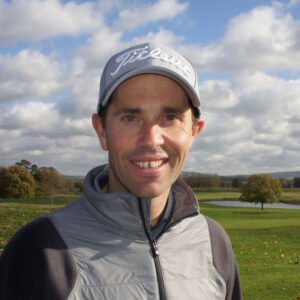 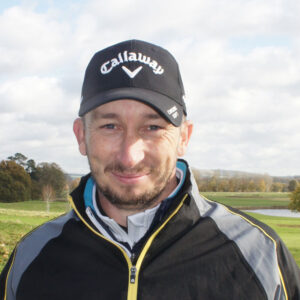 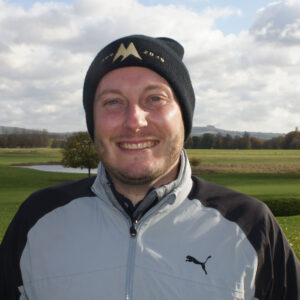 YEARS PLAYING GOLF: 24
THE DAY JOB:
Golf Shop manager.
FAVOURITE DESTINATION:
France so far!
BEST COURSE PLAYED:
Saunton East.
DREAM FOURBALL:
Me and Dan against Tiger and Jack Nicklaus in their primes.
FAVOURITE CLUB:
The trusty Ping Zing 2 iron.
THE SHOT I DREAD:
Any shot within 50 yards
of the green.
THE RULE I ‘D CHANGE:
No internal out of bounds.
TOP THREE COURSES ON MY BUCKETLIST:
The Old Course, Augusta, Pebble Beach. 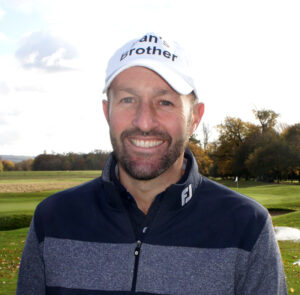 Lee Westwood sees age as no barrier to his golfing aspirations

ARE YOU PLAYING THE RIGHT BALL? 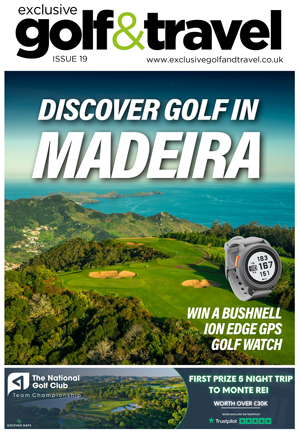