Tiger Woods, a seven-time winner of the Farmers Insurance Open in California, has undergone surgery on his back to remove a pressurised disc fragment and will miss the 2021 event later this month, plus the Genesis Invitational in February.

The 15-time major champion’s fifth back operation was brought on following discomfort he sustained during the PNC Championship in December.

A statement published on Woods’s social media channels read: “Tiger has recently undergone a microdiscectomy procedure to remove a pressurised disc fragment that was pinching his nerve after experiencing discomfort following the PNC Championship.“

Inevitably, there will be severe doubts about Woods’ future. But the statement added: “His doctors and their team have determined it to be successful and expect him to make a full recovery” and Woods said: “I look forward to beginning training and am focused on getting back out on tour.”

Woods finished seventh at the PNC Championship, where he competed alongside his 11-year-old son Charlie. He last underwent surgery on his back – a spinal fusion operation – in 2017.

Following that surgery, Woods went on to win three times on the PGA Tour, including the 2019 Masters. But his participation in this year’s major at Augusta is in some doubt with the tournament scheduled to begin on April 8.

The Farmers Insurance tournament at Torrey Pines in San Diego will run over the last four days of January, without spectators. “We recognize that COVID-19 requires dramatic modifications to the operations of our annual event,” said Marty Gorsich, CEO of the Century Club, a non-profit organization that operates the event.

“We have been working closely with the PGA Tour as well as the county and city of San Diego in our planning. The safety and well-being of everyone affiliated with the Farmers Insurance Open and our community remains our top priority.

“While we will certainly miss the energy our fans bring to Torrey, we remain focused on delivering a PGA Tour competition that showcases the remaining best players in the game set against the backdrop of one of the most storied courses in the world.”

The PGA Tour had limited fans at the Bermuda Championship and Vivint Houston Open, the first time spectators were allowed at events after the Tour resumed play in June. However, there were no patrons at the Masters Tournament and no spectators at the subsequent RSM Classic or the Mayakoba Golf Classic, the Tour’s final official event in 2020.

Whether will be any significant numbers of spectators will be allowed for the 85th Masters in April is still to be determined.

The big question now is whether Woods will come back to continue his quest for a record 83rd PGA Tour victory. In all, he has won eight times at Torrey Pines, also capturing the 2008 U.S. Open there. Woods and Sam Snead are currently tied on 82 PGA Tour wins each.

Woods’ 45th birthday last month was an occasion to step back and appreciate not only his victories, but also his 31 seconds, 19 thirds, and 199 top-10 finishes in 368 starts. He has an 11-1 career playoff record, and earnings of nearly $121 million.

But his 1,322 rounds on Tour have taken a toll. Woods, who has also endured multiple operations on his left knee, had but one top-10 finish in the 2020 calendar year – a T9 at the Farmers Insurance Open.

Worn out by 2019, and experiencing stiffness in his back, he skipped the Arnold Palmer Invitational presented by Mastercard, which he’s won eight times; The Honda Classic, his hometown tournament; and The Players Championship (two-time winner).

Then came the pandemic. Returning at the Memorial Tournament in July, he finished T40 and did not contend elsewhere, either. His T72 at the ZOZO Championship at Sherwood, a course where he’d won the Hero World Challenge five times, said it all.

“I haven’t put all the pieces together at the same time,” he said before the Masters in November.  He didn’t put the pieces together at Augusta, either. Tied for 10th after an opening-round 68, he faded to the finish, and his 10 at the 12th hole in the final round – where he hit three balls in the water was the highest score of his career.

Although he bounced back with birdies on five of the last six holes, he still shot 76 and finished T38 to cap a largely forgettable year.

At the PNC Championship, he opted not to hit a tee shot on a handful of holes where his partner, 11-year-old son Charlie, was already in play well down the fairway.

A PGA Tour comment posed the million-dollar question . . . “What he’ll have left after stepping aside to heal once more remains to be seen.”

Golf to return again on March 29th, but should it be earlier? 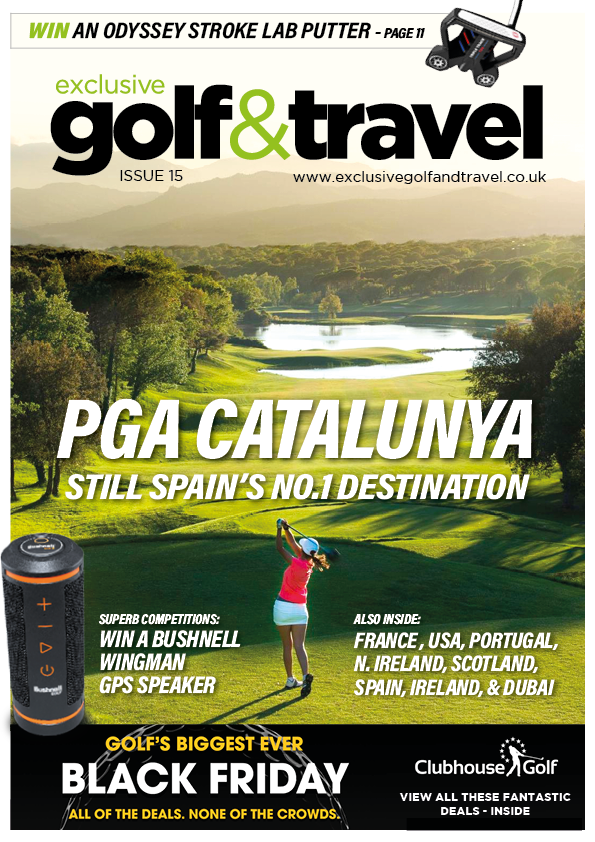 Golf to return again on March 29th, but should it be...

Lucy Stoyles 0
England Golf has issued the following statement in response to the government’s presentation of its roadmap out of lockdown: “England Golf is extremely disappointed that...

MacIntyre breaks into the World’s Top 50

Staff Writer 0
Clubs
THE EVOLUTION OF V STEEL, TAKING CG LOWER TO DELIVER A HIGHER LAUNCH TaylorMade Golf, the industry leader in innovation and technology, have launched the all-new...

Golf to return again on March 29th, but should it be...