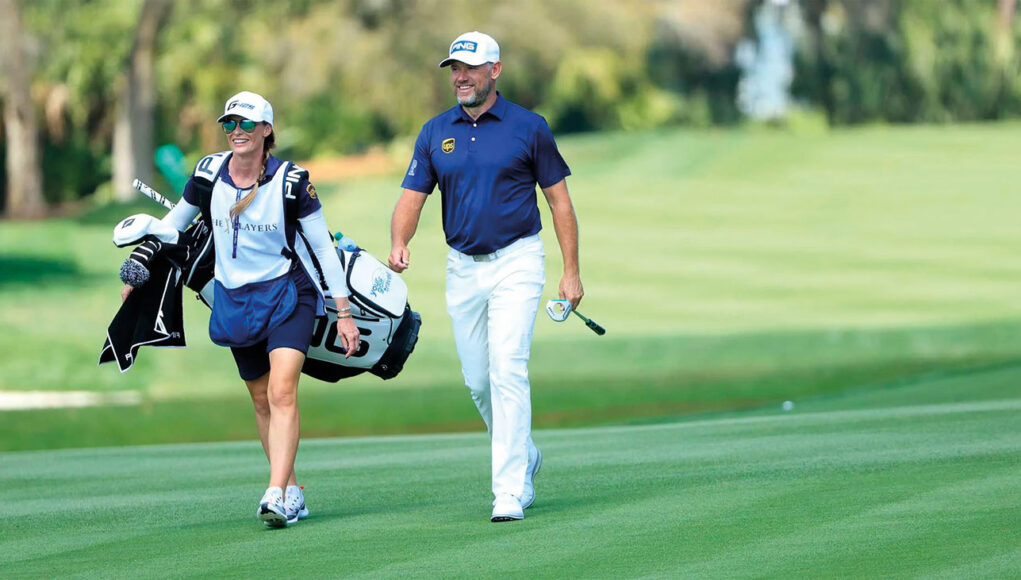 Likeable Lee Westwood will tee off at the 2021 Masters 16 days ahead of his 48th birthday with every neutral golf lover in the world hoping he will finish the tournament slipping on the green jacket.

Should he at some stage yet again find himself alongside Bryson DeChambeau as he navigates the lush slopes of Augusta, he will chuckle should somebody point out the big boomer was three years old when Westy won his first European Tour title in 1993.

Since then triumphs have come Westwood’s way on five continents – Europe, North America, Asia, Africa and Oceania. But, as we all know, never in the majors which have brought him nine top-three finishes.

Oddly, Sky TV call old greybeard The Worksop Warrior.  Even putting aside he is a controlled rather than an aggressive player, the Worksop reference has been out of date since around the time he had a wife.

They split six years ago and these days he lives with his girlfriend and caddie, Helen Storey, in Newcastle-upon-Tyne. He’s an adopted Geordie boy now. He’s Wor Westy.

As anybody who has ever lived in the North East or who has met Westwood will tell you he fits in with life there because he is the very definition of amiable.

Westwood became attached to the Close House club ten years ago, a few years after it became the property of one of the founders of Sage, Sir Graham Wylie, a prominent racehorse owner who used to be Tyneside’s only billionaire before a stock market crash.

Helen is the sister of Wylie’s wife, Andrea, and it was Sir Graham, still not short of fair few mill, who introduced Westwood to Helen, a personal trainer.

(Incidentally, if you are wondering how Helen carries a heavy tour bag getting on for half her size around a golf course four days in a row, player and caddy hire a personal trainer, have their own gym at home and work out regularly).

Helen is excused duty at Augusta. Westwood’s 19-year-old son Sam will be on the bag after they have played the course together on the Monday and Tuesday of tournament week in what Westwood senior calls a “dads and lads golf trip.”

That is this guy in a nutshell.  The rest of us may be aching for him to win his first major but it’s possible we’re going to let it bother us twice as much as it does him.

As he puts it: “Let’s have it right.  I want to win a major and I’m fiercely competitive but when you break it all down and look at the facts about being a golf pro, where we’re playing, what we’re playing for, the golf courses we’re playing on, the weather we’ re playing in, there’s no reason really not to be happy.

“I’m still trying my hardest, but I don’t care where the ball goes these days. The consequences of the way I play don’t bother me anymore. I’m purely about what I’m working on and going out there and trying to do that over every shot.

“I am enjoying the game more than when I was younger and I am enormously proud I can still contend in the big events. It’s just that I take it for what it is. A game.

“With what’s going on in the world, it’s fun to be doing the job that I love, and that I’ve done for 28 years.”

As a result, Wor Westy is reaping the rewards of a more carefree attitude. Who knows what he would have achieved if he had adopted this approach earlier in his career?